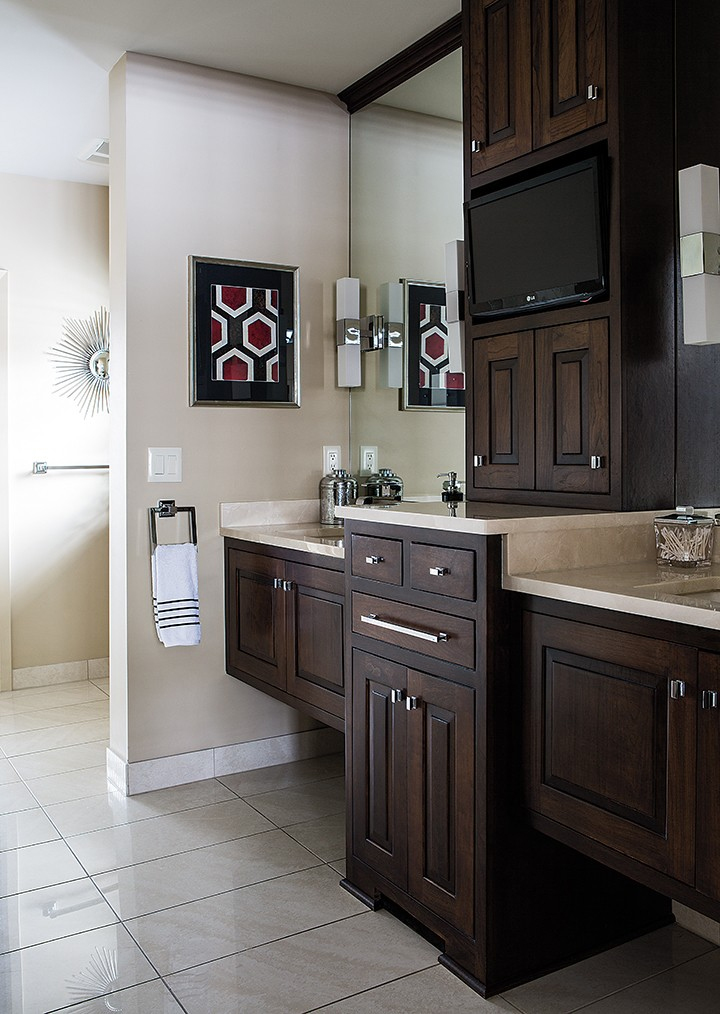 “Bodenhamer had enlisted the help of Kurt Knapstein, a designer and friend “who took the whole house up a notch or two,” says Bodenhamer. “First he suggested turning a four-bedroom home into a three-bedroom with an enlarged master suite, and he was so right.” Then, Knapstein strongly suggested black doors and windows, “and he was right again,” says Bodenhamer. “It’s the first house I’ve seen with black doors,” adds Goebel. “It’s a bold and dramatic look. I can’t imagine doing a house any other way now.”